While the weather is good, restaurants with distinctive retractable roofs offer a
dynamic dining experience 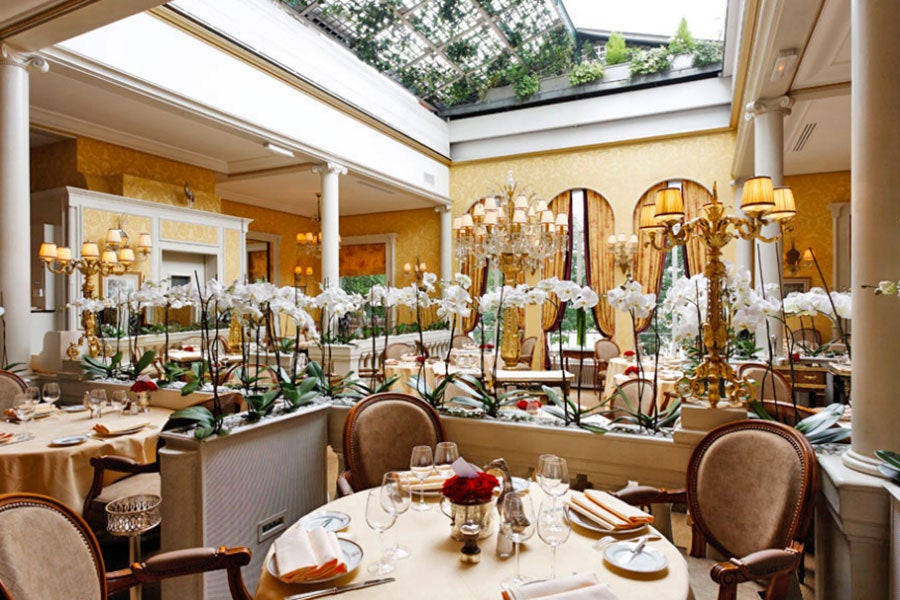 With two Michelin stars to its name, Lasserre, in Paris’s 8th arrondissement, serves contemporary French
cuisine in a classic space with a frescoed ceiling that slides open to reveal the sky. A popular destination
since René Lasserre opened the restaurant in 1942, it continues to attract A-listers. Chef Christophe Moret
creates classics (cold lobster bisque) as well as original plates (langoustines in a ginger-and-lime stock).
restaurant-lasserre.com 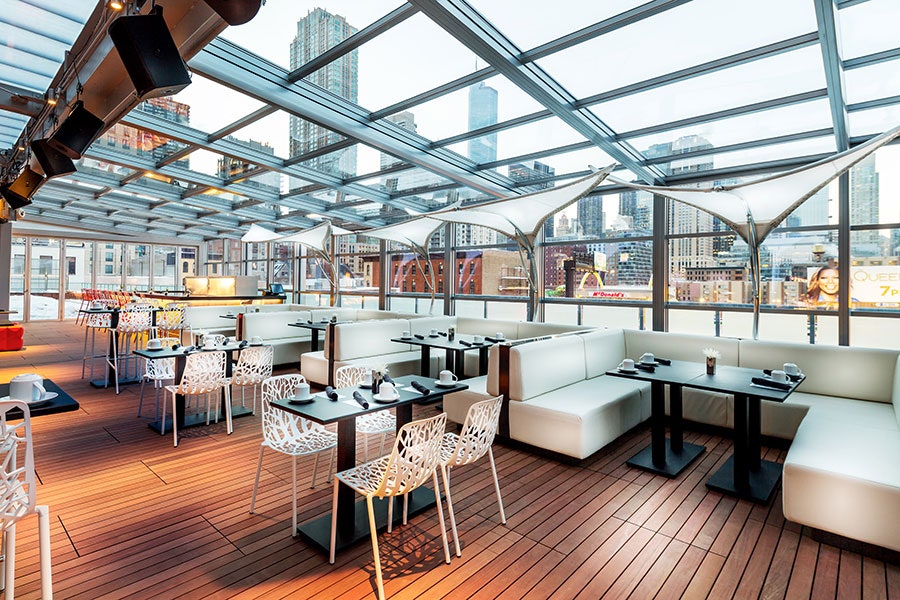 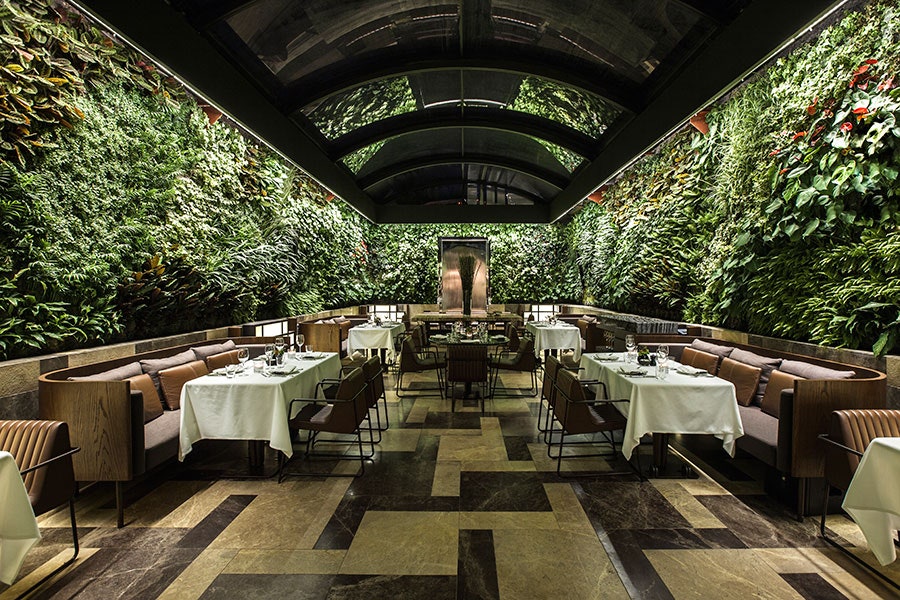 The team behind the popular Turkish brand House Hotels recently opened a chic Mediterranean grill
in Istanbul’s fashionable Nisantasi district. Acclaimed local firm Autoban designed both Nopa and the
apartment building in which it’s located. Situated on the ground floor, the spacious eatery flows onto a
terrace complete with a waterfall and a vertical garden created in collaboration with French living-wall
designer Patrick Blanc. Within seconds, the 1,453-square-foot outdoor space can be covered with a glass
roof comprising ten movable panels that tuck underneath one another.
noparestaurant.com 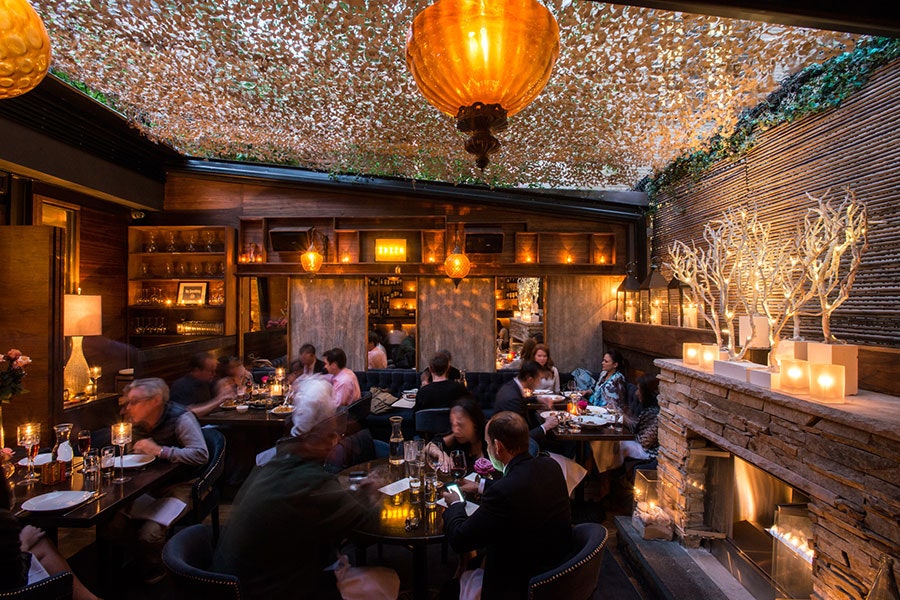 Patrons enjoy a mix of traditional and inventive Spanish tapas prepared by chef Luis Bollo
at New York’s Salinas. The Chelsea restaurant has a hand-operated retractable roof that is
opened on summer nights; a long boating pole that connects to a hook is used to slide the
wheeled panels. “We wanted to bring that feeling of outdoor living that is popular in Spain
to the city and also be able to utilize the room year-round,” says Mary Catherine Mikula,
one of the owners.
salinasnyc.com 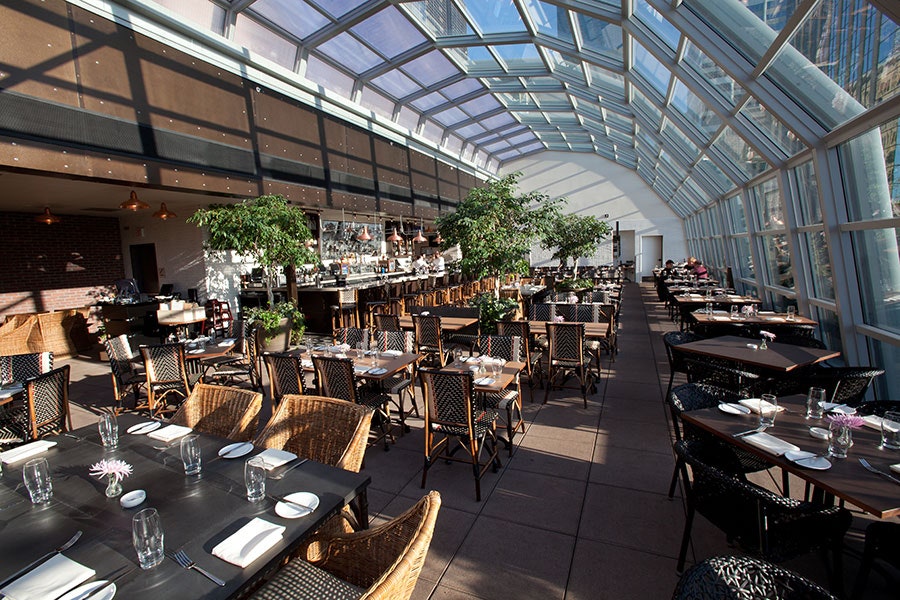 In Minneapolis, the greenhouse-inspired winter garden at Union features a glass roof
that folds up like an accordion. David Shea and Tanya Spaulding of the firm Shea Architects
designed the 175-seat space with wicker seating and bistro chairs to emphasize the feeling
of being outside. Chef Stewart Woodman—a James Beard nominee for multiple years—
concocts an eclectic, seasonal American menu.
unionrooftop.com 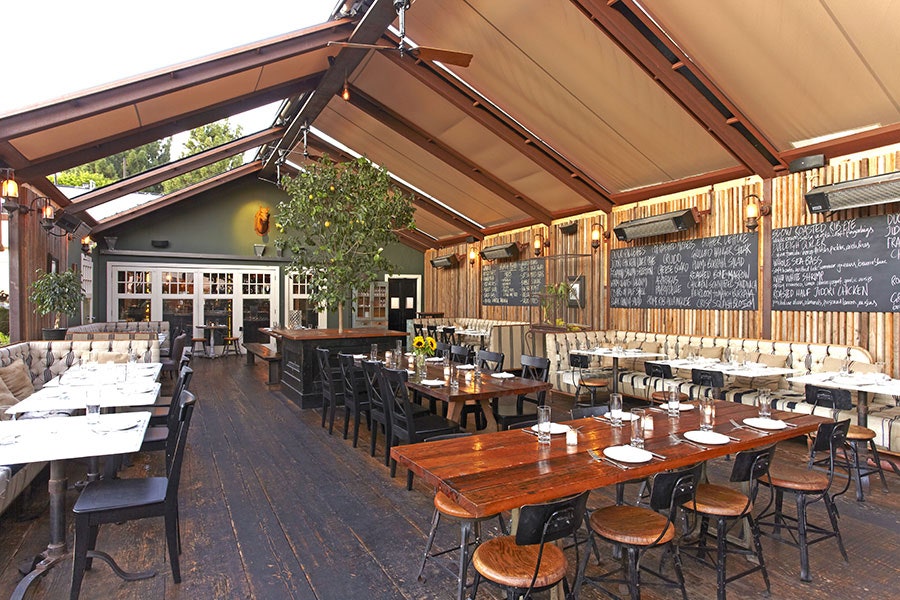 Photo courtesy of the Eveleigh

The Eveleigh—a West Hollywood restaurant that specializes in European and American
farm-to-table fare—is named after the popular farmers’ market outside Sydney. Australian
restaurateur Nick Mathers turned the 1923 farmhouse into a restaurant, which includes a
terrace with retractable panels that can be opened and closed individually. An herb garden,
bay leaf hedges, and olive and lemon trees were planted to provide privacy—and fresh
ingredients for the kitchen.
theeveleigh.com 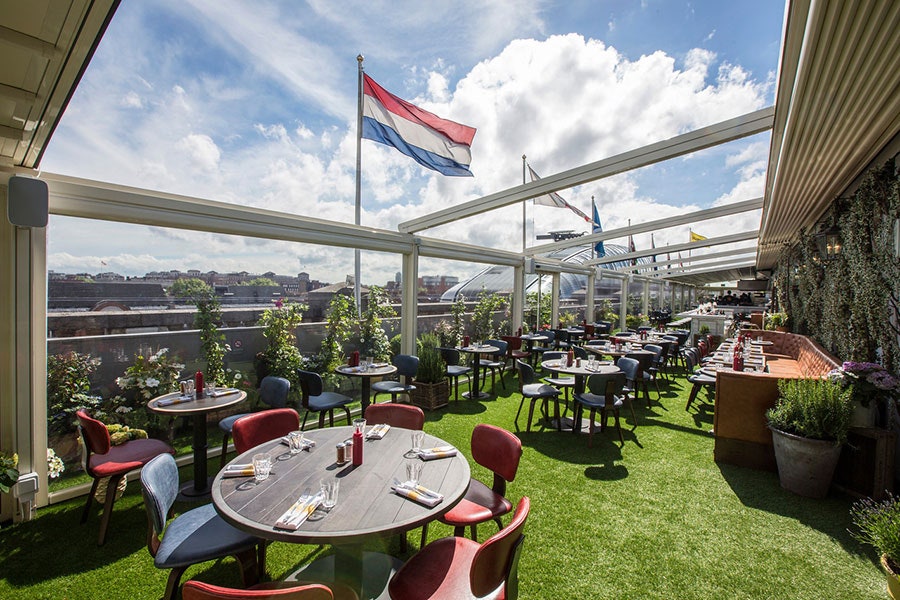 A new culinary series called “On the Roof with . . . ” debuted in May atop Selfridges,
London’s famed department store. Restaurateur Des McDonald is the first to take over
the space, which will rotate yearly. On the Roof with Q brings a taste of Camden’s Q Grill
barbecue to Oxford Street. Inspired by grand Victorian greenhouses, Alexander Waterworth
Interiors created a lush oasis to take in the views, which can be enjoyed no matter the
weather thanks to the retractable roof. The all-day restaurant also features afternoon tea.
q-grill.co.uk